Skip to main content
It looks like you're using Internet Explorer 11 or older. This website works best with modern browsers such as the latest versions of Chrome, Firefox, Safari, and Edge. If you continue with this browser, you may see unexpected results.

To Kill a Mockingbird: Assignment

In order to better appreciate this novel, it is essential that you have a better understanding of the historical context in which it was written. Below are the topics that you have been assigned to research. Some of these topics are too large research in a great deal of detail in the three days that you have been given. This is why they have been divided into sub-topics or essential questions. Each member of your group is responsible for researching one of these questions.

The Great Depression was a worldwide financial crisis that lasted a decade. It was caused by numerous, complicated economic events. Here are some things to consider to help your classmates understand this era:

The American Civil War (and its aftermath)

The American Civil War was a four year war fought from 1861 to 1865 between the United States and 11 southern states that seceded from the Union. It had a profound affect on society in the US in the years that followed it. Here are some things to consider about this war and how it relates to the context of the novel To Kill a Mockingbird:

The Civil Right's Movement in the US

Browse the some of the books detailing the African-American Civil Rights Movement in the United States and choose four key events for your poster. Some things to look at might be:

Some more things to consider when trying to understand the Great Depression:

Much of the plot in To Kill a Mockingbird revolves around a court case. Research the following three monumental court cases:

African-Americans in the 1930's

Things to consider for this topic:

Harper Lee and To Kill A Mockingbird 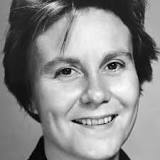 For this topic consider: